Breaking News
Home / Disease Info / District Health Officer Dr Khalid Randhawa, when asked by The News , said that the concerned government authorities may give consideration to the claim of the homoeopath

District Health Officer Dr Khalid Randhawa, when asked by The News , said that the concerned government authorities may give consideration to the claim of the homoeopath 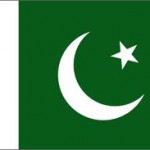 Dr Shah said that after trial in a number of cases, he is able to claim that the medicines are 100 per cent effective. A healthy person will have to take medicines for a month for prevention of dengue fever while a patient needs to take medicines for 15 days, he said. Giving details, he said that by taking medicine, a confirmed patient of the infection gets rid of the fever after seven days and his platelets count gets absolutely normal. It is important that platelets count in blood of a healthy person ranges from 150,000 to 400,000 that with the onset of dengue fever lowers and may go even below 30,000.
Dr Shah said that he has given medicines to all patients free of cost so far. To a query, he said that medicine for a patient costs Rs60 to Rs70 and in case it is prepared on a massive scale, its cost might be reduced.
It is important that a massive outbreak of dengue fever has already hit a number of cities in Punjab province while in Lahore over 4,000 confirmed patients of the infection has been reported so far. To date, the outbreak has claimed as many as 15 lives in Punjab.
Head of Pathology Department at Rawalpindi Medical College Professor Dr Abbas Hayat, who is a renowned microbiologist, when contacted by The News said that the homoeopath claiming of having treatment of the infection may be given due consideration. Dr Abbas, who is heading pathology department at Benazir Bhutto Hospital, added that the homoeopath should come to the isolation wards of the BBH and treat confirmed cases of the dengue fever there. In the public interest, we will make arrangements for him to prove his claim. His medicine can be tested on selected patients for a real test and trial purpose in whom the medicine s efficacy can be monitored, he said while responding to a query. He added that through test and trial, scientific data would also be collected on treatment protocol if really developed by the homeopath.
District Health Officer Dr Khalid Randhawa, when asked by The News , said that the concerned government authorities may give consideration to the claim of the homoeopath. By associating a couple of top class consultants with the homoeopath, his medicines can be tested on selected patients, he said. A number of senior citizens are of the view that the concerned government authorities including Chief Minister Punjab Mian Shahbaz Sharif should give due consideration to the claim being made by Dr Asghar Ali Shah and his medicines should be put on test and trial on confirmed patients. They, however, say that the provincial health department or the CM should form a special committee comprising health experts to monitor results in patients who are given the homeopath’s medicines.
PPI from Karachi adds: Dr. S.J.H Shah, President National Council for Homeopathy, Ministry of Health, urged the Punjab and Sindh governments to invite all medical associations and organisations including National Council for Homeopathy, Pakistan Medical Association, Pakistan Islamic Medical Association, Family Physicians Association Pakistan to its meetings and sessions so that they all can draw out low-cost solution to the epidemic. Emphasising on Homeopathy he said it is an old, traditional and reasonably priced treatment method of different dieses it could also cure dengue fever effectively. The government should invite homeopathic doctors also in its meetings to find homeopathy-based solutions to different diseases.